It’s funny I ran the Chicago Marathon  just 5 weeks ago, yet some how I feel like I couldn’t run around the block.   I don’t know how anyone who has run as many races as I have can still feel like she’s back at the starting line again, but I do. 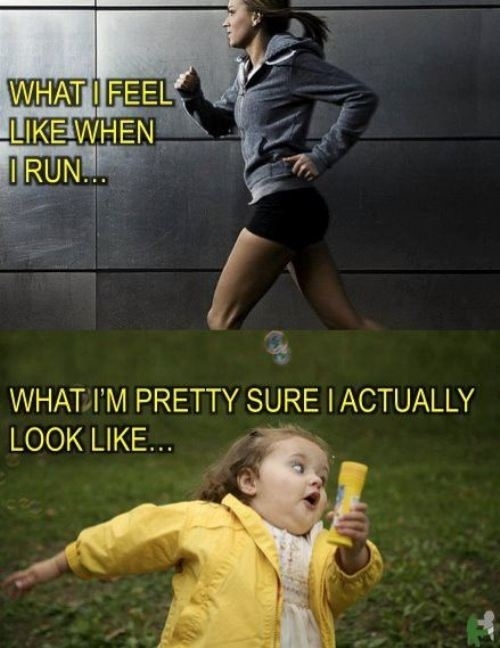 This probably is not too far from the truth.

As I’ve been recovering from my tendonitis, I’ve been good.   I’ve been doing some limited running.   Some limited cross-training and lots of being lazy.   It’s really not been a good combination for the mind or body.

So as I often do when I feel like I need a little push of motivation, I have signed up for another race.   I know it’s shocking.    I’m trying to drag in….   I mean I’m trying to encourage others to join in on the fun.    I’ve got to say that i do miss the year we were chasing the 9 plus 1 and the fun we had.   It can not be repeated as it was such a special year, but I will say racing with friends is so much better than racing alone.

I needed Chicago to prove to myself that I could still finish a marathon if I wanted to.   Right now, I just want to run a half.   Plus it will keep me running during the holiday’s which really will be necessary.    I’m not even trying to be a super star.   I just want to run to run to find my love of running and racing again.   To get back to normal.

What race you ask…..

For extra motivation, I purchased the NYRR 10 week plan for this race.   I want to go into this race trained.   I want to get back to the confidence that comes with being trained.    That being said, my goal for this race is 2:25, so I’m not expecting for this training plan to turn me into speed racer.   Just to get me back into my routine of running.    I miss it.   I want to just let my body put in the miles and bring my mind the peace that running brings.

I have not formulated any plans other than Fred Lebow, but I do know that I just want to rediscover my passion for running.   It’s not as easy as it used to be, but I already know that.    This isn’t a fake it till you feel it thing either.    My body is already chomping at the bit.   I just have to get my head in gear.

So I’ve purchased the plan, so my head doesn’t have to do anything.   Let the body do it’s job.

Tomorrow is day 1 of training….

One thought on “Starting Line….”