Yes, my running is coming along.   Yes, I’m getting stronger than I was before, but in my mind and body I knew that things still just weren’t right.   To the outsider looking in they might think that everything was ok.   I knew differently.   Mostly because as much as I talk, as much as I share; there is a whole host of things that I keep to myself.   Plus sometimes you begin to wonder, “is it me or is it because of the calcium levels.”

I really though that my thyroidectomy was just going to be a blip on the radar.  So many people in my inner circle either knew or even themselves had their thryroid removed.   It was just a simple procedure and then you just figure out what level of hormone pills to take.

Yes, the doctors warned me of potential risks.   One of them actually being a problem with my calcium level.   But these were minor risks effecting less than 1% and really how hard is it to take calcium pills?   But just like the informational….  But there’s more.   So much more.

I’ve talked about the struggles that I’ve been having since coming back from my surgery.   I’ve mentioned that my calcium levels are never coming back.   I’ve accepted this.  The name for this is Hypoparathyroidism.    It is actually considered a rare disorder.   Yeah, me.   I like to be different.

Again, part of the problem is just trying to figure out if it’s me or my calcium.    Before my surgery a friend who had her thryoid removed gave me a piece of advice.   I’ll paraphrase.   She is also a runner, so she understands.   She said that I should remember that I am a marathon runner and that I know the things that my body can and have done.   If something doesn’t feel right after surgery, I will know because I know what I’m capable of doing.    I hold onto this advice as I try to sort out things.   It is with this thought that I am reminding myself that things just aren’t right when I get a full night sleep and am still exhausted and need a siesta during the day..

What I didn’t know though that I wasn’t alone.   It is a powerful thing when you realize that you are not the only one and it’s not just you.   It’s amazing the information that you can find on the World Wide Web that is actually useful.   The problem is weeding out the garbage.  I recently (like last night) stumbled upon a Facebook group for athletes who also have hypoparathyroidism.   Once I joined the group and started reading some of the posts, I wanted to cry.   Not because they were sad, but because I realized that I wasn’t alone.   I wasn’t babying myself.   I wasn’t making excuses.    These are things that have gone through my mind.    I realized that the “Suck it up Buttercup” mentality really didn’t apply.

From the site NORD (National Organization of Rare Disorders) on side effects of low calcium.

Because it is so rare and because people hear “low calcium” levels,  most people (and I was previously one of them) think that calcium is only for strong bones and good hair, but it really does effect so much more.   Then when researching and as told from my doctor the potential side effects of the treatment which for me is a minimum of 5,000 mg of Calcium a day (8 pill minimum throughout the day) with another medicine (Calcitriol) to help my body absorb the calcium., there can be severe side effects.   You can end up with calcium deposits on the brain, kidney stones, and such.   Good times.    According to my doctor, the goal then is to keep my calcium level just high enough to be right at the bottom level of proposed calcium levels, but not too high to cause problems.   Sure.

One of the blogs I read summed it up perfectly.   They said that treating calcium levels is very similar to how a diabetic has to regulate their insulin levels.   Most diabetics can tell by the way they feel if their levels are high or low.   It’s about paying attention to their bodies.   The difference is that a diabetic can easily check their insulin levels at home.   This is not the case for those with hypoparathyroidism.    So it’s about paying attention.   It’s about knowing your body.   It’s about knowing this is a real issue that requires constant care.

I’ve already realized that when I come back from a run where I’ve pushed it, I can feel it.   Sometimes, I will get a twitch in my face.   My muscles are sorer than I remember them ever being.    I’m learning to handle it.  It’s about knowing that I need to roll with it.    I’m now learning from those that have already figured things out.   Life is all about learning, adapting, and doing all that you can.

So I’m going to figure this out. 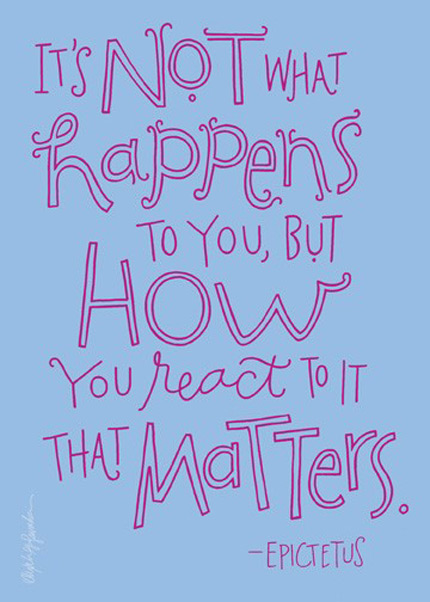