Even though I didn’t get out for my long run Saturday, I plan to do it Sunday morning.    Sometimes you have to change things up especially when life gets in the way.   I once again slept in this morning as honestly I’ve not been sleeping the best.   Problem was that I slept in too late to get a run in or I would be late for an important appointment.   I thought to myself, “no worries, I’ll just run when i get back from picnicking at my mother’s house.”

Well when you don’t get home till almost 10:00 and you’ve got 12 miles on your schedule that run just isn’t happening.

What am I talking about you ask?

You did ask, right? 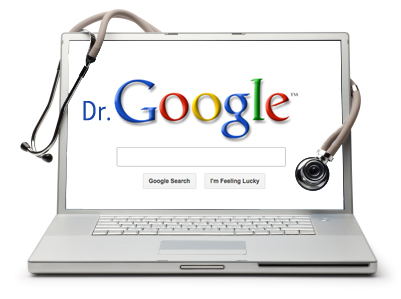 So during this somewhat stinky summer, I had to get a biopsy done on 3 nodules on my thyroid.   I’m not a fan of needles in my neck, so I was more concerned with that than the actual biopsy.   I will say that according to my consultation with Dr. Google who my lawyer friend told me was not licensed to practice in this state; I had high expectations of being told that my thyroid would need to be removed.   The results came back fine for the bigger nodules, but they wanted to retest the smallest one as results were not conclusive.   Ok.   Another round of needles.   Yeah, me.

“Hello this is So and So from Dr. So and So’s office.  Don’t worry the results don’t show C, but the Dr. would like for you to come in to go over your results.   She has an opening today.   Are you available?”

Off I go to the Dr’s who says in a nutshell that the results are once again not able to determine if it is bad or good.   Blah, Blah, Blah more medical information.    Bottom line is we need to take your thyroid gland out.

Me, who expected this months ago but then pushed it aside after first round of tests is shocked.   My main concern because I’m a crazy runner, “Can I push it off till after NYCM?”

“Sure no problem.   Call Surgeon So and So now though to set up appointment as he is in leadership position and it’s hard to get into see him.”

Following Dr So and So’s order, I call the next day and this hard to see Surgeon So and So can see me in two days for my consultation.

So this consultation was today.   I feel much better after meeting Surgeon So and So.   He gave me the clear ahead to wait till after the marathon, but not much longer after that.  I liked that he knew that my body would need to recover after running such a long distance and the fact that he said the surgeon who would assist him is also running NYCM.

So now this reignites the fire.   It removes the cloud that has been hanging over my training and it also adds a little motivation as he might ask how I finished in said race.   Would hate to not have a good finish time to tell him.

So while all is not perfect.   While I may be freaking out a little or a lot depending on the time of day, I’m better knowing what is going to happen.   There is a plan.   I’ve been told that I like a plan and it is true.

Time to get myself moving!

Do you have a plan?