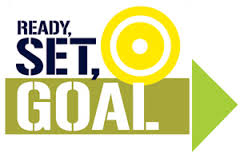 I’ve said it before and I’ll say it again.   I am a goal orientated person.   I realize that I have been in recovery since my Marathon, but I think I have gone beyond recovery and went into sleep mode.   Since Philly, I have ran for a total of two times.   Twice, I say.   A measly 8 miles total.   Wow.   Sleep mode.

Now, I know that I was supposed to take it easy, but there is a difference between easy and standstill.   I think it might be time to re-grease the wheels, take the breaks off, and hit the road again soon.   If not the road at least cross train which I’ve done a total of once.   Now I know part of it has been recovery.   Part of it has been that my Hubby has been home on vacation, but a major part has just been that I’ve got no reason or desire to push right now which isn’t a bad thing either.   Case in point, I went to bed Saturday night thinking maybe I would run the following morning,   Yet, when I woke up Sunday morning I sat on the couch drinking my coffee thinking I will start tomorrow.   Tomorrow has turned into today and I don’t think I’m running today.   Monday is Crossfit day and then I have a whole list of household things that need to get done.

Now, I know that I do have a half in January, the Fred Lebow Manhattan Half.   That being said, I think that I need to sign up for something else since I already know that my January half is more about fun and will not  be any type of PR.  Since I know I will I be running it that way, it is not motivating me.   I also know that I won’t be doing the July NJ State Tri as I received a “Save the Date” for a family wedding which trumps the Tri.   So I need to look ahead.  I need to start planning out 2015.

I’m not sure where this drive is coming from as I’ve really never been a driven person.   Not to say that I’ve been a lazy person. I’ve just usually taken things as they’ve come.   But I’ve come too far and worked to hard to sit back and just wait for things to happen.  No, I’m not going to loose it by taking a few weeks off, but I don’t want a few weeks to turn into a few months.   We all know how easy that can happen.   If I have a goal.   A tangible goal.   A goal that I’ve written out and shared.   Then you know that I will do all in my power to reach it.

Why do I do that?   It’s really not because I’m “THAT” person, because believe it or not I can be very shy.   It’s really because once I’ve told everyone, I won’t back down.   If I’m the only one who knows, it’s easier to tweak my goals.  Once I’ve told people though it has become real.   I don’t want to have to say, “Oh I didn’t do that after all.”

Do you have a goal?

Do you write out your goals?

So I got a little flap from my sister because I said running the half in January was not a goal especially as she is training for one now.   It is a very serious goal and running a half is an amazing accomplishment.   That being said – At this time for me it really is not a goal, because I just came off marathon training where I was running major miles a week.  Once I get back into a normal running pattern, things will return to as they should be.   Please know that I‘m not trying to take away from any one training for a half because I’ve been there and I know how hard it is.

Also as I said we’re just doing this in half for fun and cupcakes in case I forgot to mention that:)