The night before the Philadelphia Marathon one of my MRTT Mama’s asked me,

“How did you decide that Philly would be your first marathon?”

To be honest, I really never put any thought into it.   I, actually, thought that maybe one day since I’m so close to NY that my big moment would be the NYC Marathon.   If you remember my musings in my post You Can’t Always Get What You Want, I really thought and planned to run my first full in 2015.    Then a funny thing happened.    I finished my Hat Trick and Philly which was in the far recess of my mind moved front and center.   Then I thought about it.   Took a long training run and jumped right in.   As much as a planner I am, this seems to be how I end up at the starting line more times than not.    I hear about something.   I think to myself that sounds like a fun challenge.

I think, “Why not” and dive right in. 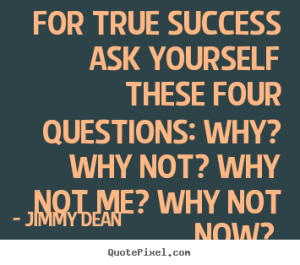 Before I even went to Philly though, I had already decided that I would try to do the 9 + 1 in 2015 which would guarantee me entry in 2016.  For those who were like me and didn’t know, the NYC Marathon is not a race you can just sign up for and it is not an easy road to get into it.

That’s it.   Unless you are an elite athlete which I am obviously not.   There is no gauarnteed entry to a Soccer Mom which is kind of sad as we are the ones who really have to juggle it all to get to the starting line.   Now my running cohort did complete the 9 + 1 in 2014, so she is guaranteed entry to 2015 marathon.   Yeah, Dawn!   I came to the party late.   Very late.   So I set my goals on running 2016 and just being a supportive friend in 2015.

Then a funny thing happened on Thanksgiving.   Over dinner, I was talking with my parents and hubby about Philly.    Someone made mention of me running the NYC marathon one day.   I had to explain the process of getting into the marathon and how you couldn’t just sign up.   When I said the only way to get in for next year was to raise money for charity.  NO one seemed to think that would be a problem   They all thought and said, “You could do that!”   So now the seed has been planted.   This one may not go further than the seed, but I have been looking online for charity options which will be posted in January.  This one I don’t think I can just dive right in as normal.

So only time will tell.

I will run NY one day.

I just don’t know when that day will be.

Either way, it will be a fun ride till I get there.

Either way, I still think it would be fun to run the 9 + 1 races next year too.