As a mother of teens, I always try to impart to them that things just don’t always happen to other people.  I’m not doing this to instill fear in them, but I want them to think.   I want them to be safe.  To be smart.    To think about things before they jump into them even if all their friends are jumping.  Teens have a tendency to think that nothing bad will ever happen to them.

Runner’s tend to be like teens in this respect.

Then I saw an article about a young mother who was killed by a car while jogging.   Sadly it is not the first time I’ve seen such articles.   Sadly it will not be the last time I see such articles either.   Sometimes the runner is doing everything right.   Sometimes the runner is not.   Either way it is a devastating loss.   Either way someone has lost someone they love.   Either way there is a driver who must now live with the fact that another life was taken even if he was doing everything right.   And still every time, I think not again.

I know that there are those who spend their working lives trying to make the roadways safer for us all and I thank them.   I also know that there are those who do not think anyone besides a motorized vehicle should be out on the roadways.   They, of course, are wrong.    The problem is that we as runners have to share the roads with both the considerate and inconsiderate.   I also know that even though I think that I maybe doing everything right that I am only human and will make a mistake on occasion.   I need to stop thinking like my teens and realize that, yes, it could happen to me too.    There are no guarantees.

Now I know that we all see those out on the road running whom we know are doing everything wrong.    These are the people that I really have to stop myself from rolling down my window to tell them that they should wear reflective gear at night, that they should run towards and not with traffic, that when safe they should run on sidewalks, and that they should not have earbuds in while running.   The only thing that stops me is that I’m sure it will not be well received.   So I have to do my part by being a good example and sharing my knowledge with those in my circle who may need some guidance.

Before my run, I texted some friends to see what the condition of their streets and sidewalks were.    I adjusted my route according to their responses.   I also knew that no matter how much I HATE to run on sidewalks that they would be my best option today.

Still safer than running in a street made smaller by the snow.  I stayed off main roads where I might normally run because they were not clear enough.  I also took pace off the table.    I further adjusted my route when faced with impassible conditions. 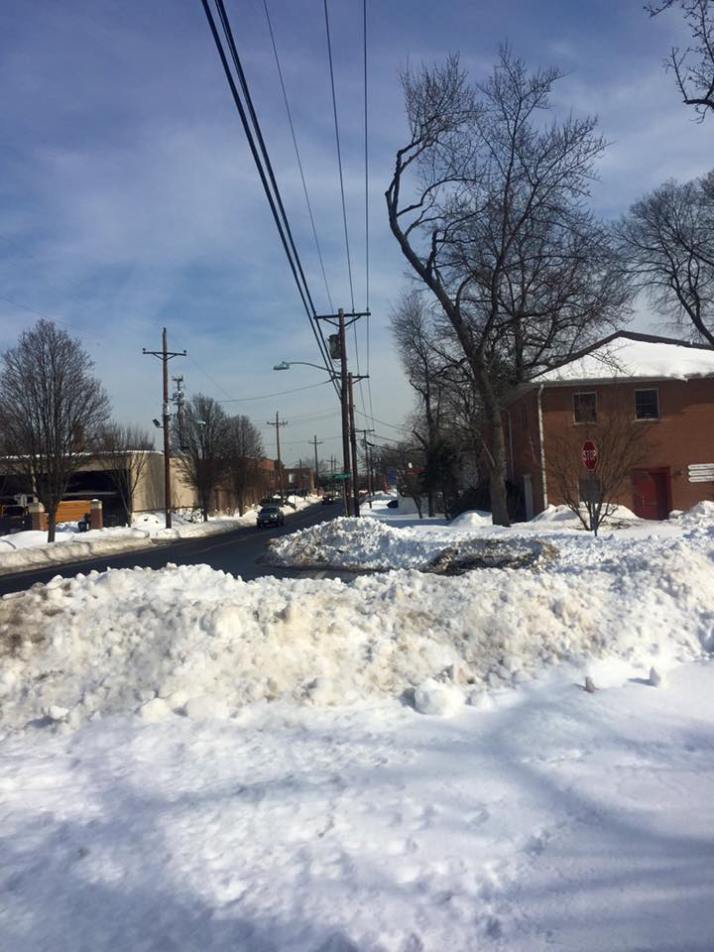 I got my 5 miles in.   They were not fast.   They may not even have been pretty, but they were as safe as I could make them.

How do you deal with the winter running?

One thought on “It Could Happen?”