First, I have to say that I was right in picking up my race goodies.    The shirt is nice although it’s green this year which threw me off.   They have been blue the last couple of years.   No socks or hat which is sad because I saw the hat they give for the Hat Trick and it was really cute.   It was a nice snow cap.  Those signed up for the Grand Slam do not get all those goodies which is a little odd.   That being said though,  Grand Slam entries got a really nice backpack.   One that I can actually see using. 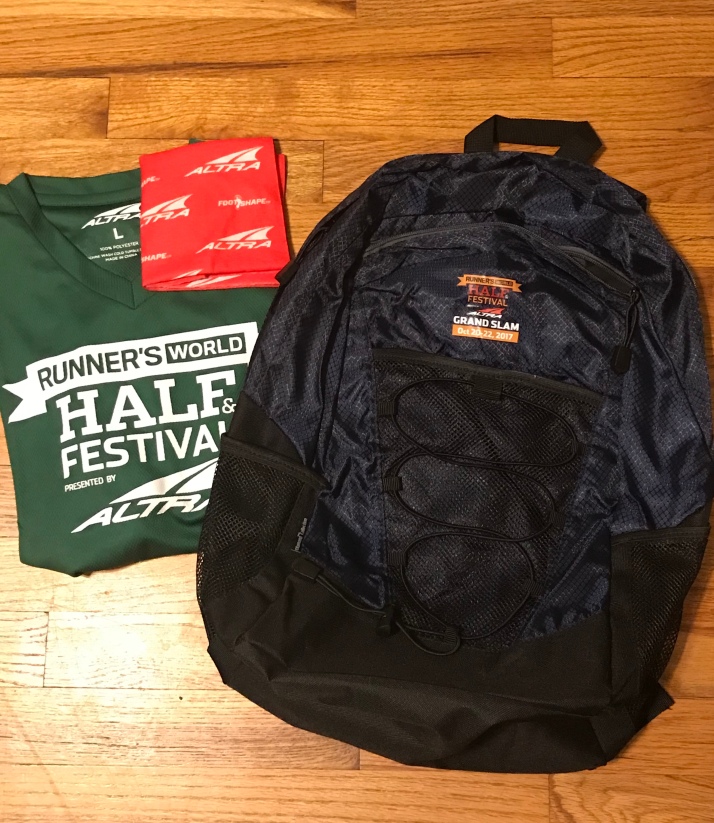 Yesterday’s trail race was just what I said to my friend it would be.   A hike in the woods with a little running in between.   I ran yesterday trail run of less than 4 miles in just under an hour with an average pace of 15:37.   It was a pretty trail.   They are correct  their description of it too.  “The course includes plenty of rocks and short, steep climbs to challenge the most experienced trail runners, but even novices will find the terrain runnable.”  I would want to run this trail again.

I went into this as I said not be be a complete idiot and just to get my goodies.   I had thought that I might go out today for the 5K and 10K.   I even  set out my clothes out and set the alarm.    When I woke up, I felt good as I stretched in bed.   Once I got out of bed,  I felt that heal discomfort that Plantar Faciattis brings in the morning.   Nothing unrunnable.   Nothing I haven’t run through before.

So why am I sitting here writing this and not cruising down the highway then?

Because as I said yesterday, I wasn’t planning to be an idiot just a partial one.    I don’t really even think that I was an idiot for yesterday though.    And as I’ve also said in previous posts, I also need to be tough enough to do what I know needs to be done for long term recovery.    Yes, I’m sad that I will be missing out on today’s races, bling, and fun.   That being said I need to thing long term. I’m not a day trader and I’ve got nothing to prove.   I also know especially with shorter races(at least for me), you can’t help but push yourself faster than you should.  I’ve got to think of what is good long term as I’ve got some friends in town waiting to run with me.   That’s more important than a shiny medal and I’ve already got a few of them. 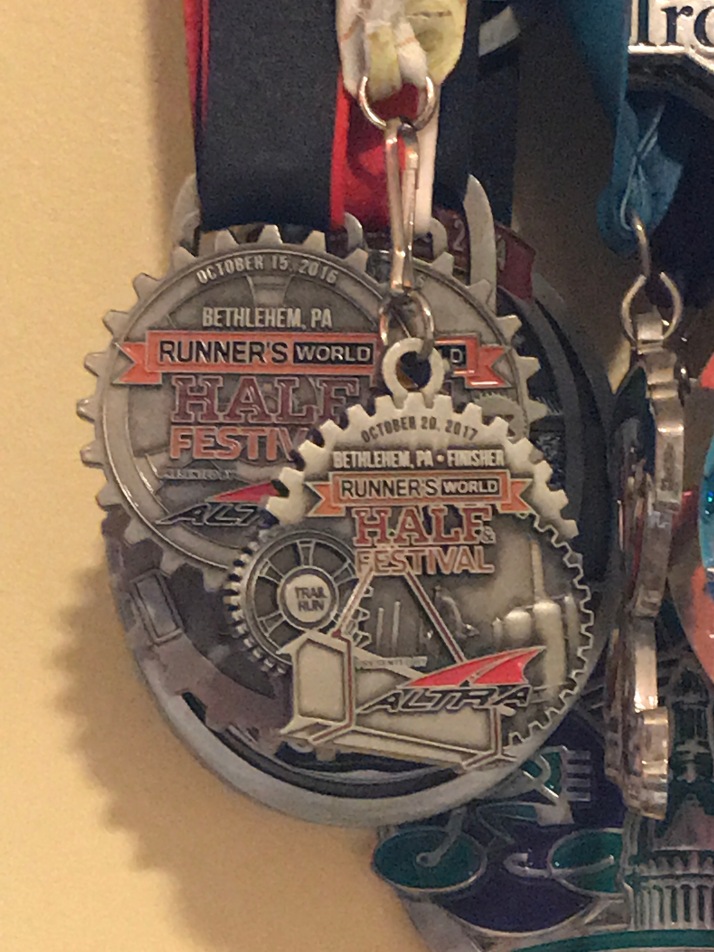 Besides there is always next year!

Plus I must admit that it will be nice to actually have a weekend at home after being away these last two weekends with Chicago Marathon and then College tours.   It might be nice to see my family.

When you have #hypoparathyroidism and the only way you can monitor your calcium levels on a daily basis is your symptoms as their is no home self test, you look for #chvosteksign. When coupled with tingles around your mouth and hands, you know it’s time to add more calcium. I worried about low calcium during prep for colonoscopy but did not expect it the evening after.
When the Republican loose Joe Walsh, you know they have gone too far...
Life is better with friends. #shitzubichon
Truth 🙋🏼‍♀️😳😂.😂😂😂 #hypoparathyroidism