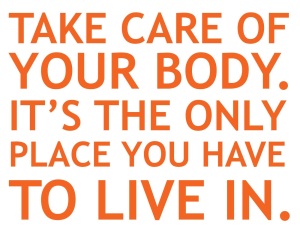 They say practice makes it perfect.   I don’t think that expression applies to Yoga or at least the Yoga that I do.   My sister is an accomplished Yogi.   Seriously, I’m not talking someone who takes a lot of yoga classes.   I’m talking about someone who literally traveled across the world for a summer Yoga training program as discussed in her book The Virgin Asanas:  How Yoga, Sex, and Mother Mary changed everything.    I didn’t even know what an Asanas was and had to look it up.   Apparently to the Yoga world it is a physical Yoga position that helps master the body and enhance the body’s function.   Still not sure that I understand it.   I do understand it enough to know that I will never be one especially if today’s Yoga class is any indication.

Going into a Yoga studio for the first time is very intimidating as a non Yogi.  Yes, there were people of all levels of practice but I just happened to end up behind someone who could not only do all the moves, but all the “fancy” ones too.  But Yoga isn’t about competing with your neighbor.   It’s about taking your practice as far as you can take it for yourself.   It still doesn’t make it any less intimidating but it does help.   I also know that those other people practicing are too busy with their own poses to worry if I am able to do any of mine.

In the past, I have taken Bikram Yoga and really enjoyed it.   Still not flexible, but really enjoyed the class and always felt that the heat added to it.   The Yoga Studio that I had been taking classes at shut down unexpectedly as their new location was not ready in time for them to move.   So I’ve been going without.   Then I found a handy dandy Groupon for another studio.   The only catch is that they have limited Brikram and today I signed up for a Vinyasa class. 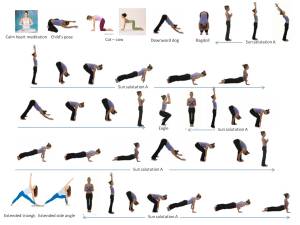 Going in I wasn’t sure if I would like it.   I’ve done one or two classes of Vinyasa but that was over a year ago.   I was pleasantly surprised that not only did I like it, but also as a runner I felt would be good for me.   Most people think that Yoga is a wishy washy form of exercise.   Maybe that was just me who thought that before I took any Yoga.   It really is amazing how it can make your arms or legs shake while holding a pose.  What I think that I liked regarding Vinyasa that Bikram didn’t offer were the many poses that stretched my leg muscles.    I could see how this would be a good rest day activity because not only is it low impact but it could help to loosen up any tight muscles.   Hmmmm,    going to have to give this more of a test.

Are you a Yogi?

What is your favorite type of Yoga?