Running doesn’t come easy to me.   I’ve said it before and I’ll say it again as it’s the truth.   I, honestly, don’t know anyone that it comes easy to.   Yes, there are those athletes who are blessed with natural ability; but they still need to work for it.    Yesterday, I ran the Oakley Mini 10K which I will recap tomorrow.    Today is about Recovery. 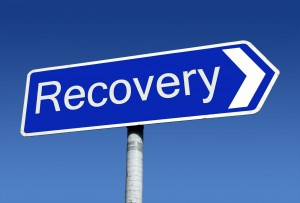 As I just said, running doesn’t come easy to me but for some crazy reason I really have developed a passion for it.   I could not imagine not running anymore.   It brings calmness to my life while at the same time giving me killer leg muscles.   Win. Win.  There is just something about putting on my running shoes and getting out the door that just makes things better.    So I take the good with the bad as the good out weighs the bad by a long shot.

Today I am recovering from yesterday’s hard run.   It’s not that I was running a crazy distance.   It was only a 10K and my training runs of late have been longer by miles.    The difference was that yesterday, I was pushing it.   Not as much as I would have liked, but there is a difference in running a training run and running a race.

Recovery began once the race was over with some stretches although I find that I do not stretch as much as I should after a race.   Then once home a nice shower with some foot scrub to ease the pains.   Followed by my water bottle massage and foam roller.   For some that is enough but due to my Plantar Fasciitis, I need to do a little more.   I tried to sleep in my foot splint to stretch out my foot, but half way through the night I had to take it off.   Then there was the morning stretching, ball rolling, and anti-inflammation cream.    This will be followed by more stretching, ball rolling, and foam rolling through out the day.   To be honest my foot is not as bad as it has been and I truly believe part of that is due to my new regime of taping my foot before each run.   So today I will do all these things, so that tomorrow I can go out for a nice long, slow training run.

It may seem like a lot.   It may seem stupid to some as I could really avoid this all if I stopped running.   To me though, this is the price that I pay for the ability to put on a pair of good running shoes and the joy that it brings me.

What do you do to keep running?